What happens at court?

If you’re going through a difficult family matter, whether it be divorce, separation or child custody matter, obtaining advice from a  family  lawyer is vital. The earlier you make contact with a family law firm, the better. Without a clear understanding of your legal options, it is almost impossible to embark on meaningful negotiations to try and resolve issues.

If you are unable to reach an agreement, court procedures are likely to commence. There are many rules in place regarding the family law court process, and if you are considering taking that path, it should only be entered with legal representation.

A Guide To Family Court Proceedings

Set out below is a brief outline of the events that occur once a matter is before the Court.

Applications for parenting and children’s arrangements proceed to an Interim Hearing and (possibly) then to a Final Hearing. At any stage of the Court process the parties are able to reach agreement. If an agreement is reached the parties should file it with the court as “Consent Orders”.

Interim Hearings usually relate to urgent issues and are intended to be of a short-term nature, i.e until the Court has an opportunity to conduct a Final Hearing. Interim Hearings are based on Affidavits and do not provide (usually) for oral evidence.

Examples of matters that are considered at an Interim Hearing include:

If an agreement cannot be reached, the Court will:

If you have family law lawyers representing you, they will take part in the conference.

A conciliation conference is an opportunity for each party to make a concerted effort to compromise, settle and resolve their financial dispute and occasional/limited parenting dispute. The Court may order the Conciliation Conference to occur with or without the party’s consent.

Attendance of the parties and their lawyers is usually compulsory. Conferences are conducted on a ‘without prejudice’ basis. This means that except in very limited circumstances neither party can later give evidence about what was discussed at the Conference.

The Pre-Hearing Conference is conducted by a Registrar of the Court. The parties and their lawyers are required to attend. At the Conference a timetable is fixed for the filing of Court documentation including Affidavits and Reports and the matter is allocated a Pre-Trial Conference date when a Final Hearing date will be allocated.

An Independent Children’s Lawyer is a Solicitor appointed by the Court to act on behalf of the children. Appointments may be made at any stage by the Court, if the Court is satisfied that there are appropriate reasons for the appointment.

Sometimes the Judge will give a Judgment immediately or the Court will reserve the Judgment and the decision will be handed down at a later date.

Parties who reach agreement are advised to document their agreement in writing. This is usually achieved by way of a Consent Order. The Family Court has a standard form for Consent Orders and once the document is completed (and if both parties are legally represented and it has been signed by the parties and their Solicitors) it should be filed in Court. Only after the Court has accepted and issued the sealed Order is it enforceable.

A Financial Agreement is not registered with the Court however if it is completed correctly in accordance with the formal requirements it is binding.

A Financial Agreement can only be set aside in very specific circumstances. 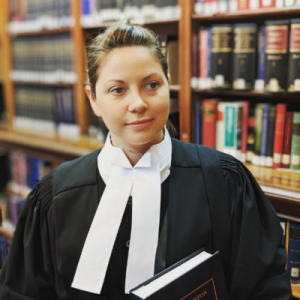 NOT SURE WHAT TO DO NEXT?

What is a prenup and do I need one?

What is a ‘Prenup’? When you are about to get married, it is not with the intention of getting divorced later in life. As such,

What do the recent changes in family law mean for families?

In Australia how are assets divided in separation?

Kristdel Bolog 04/10/2021
I highly recommend Kristdel for any family related matters. She is super responsive and helpful professional in all your family related requirements. I know her and the Family Lawyer firm for a long period now. And they are good partners to work with. Highly recommend.
Chamara W.

Brianna was caring and empathetic in her approach with a no fuss attitude. A pleasure to deal with. The outcome Mum and I needed was achieved stress free.
Dean P.

Brianna and Christian have been very professional, thorough and made both me and my fathers experience very easy to understand. They provided the best advice and support to achieve a great result with our court matter. Brianna was very prompt in all responses and understood our circumstances which made the process very smooth. Thank you Brianna and team, we are very thankful for your caring approach. I would highly recommend your services to anyone.
John P.

I would like to thank Kehsee and Kristdel from the Family Lawyers for working tirelessly for me on my separation matter. I came to them a pretty broken person from a previous solicitor. I had some ups and downs but they always dealt with me with grace and did an exceptional job. The rates they charge are very good. I would also like to give a massive thanks to Mr Matthew O'Grady (barrister and mediator). All the people previously mentioned worked really hard to give me a new start and just as importantly they are all quality people. Thank you.
Shane H.

The settlement of our new office premises went so smoothly, with all documents done easy online, and it can be attended to when time permits. Highly responsive office and a very professional, but personalised service at the same time. Thank you for your work and your support.
Katherine I.

Kristdel was amazing from the very beginning. I called very stressed and confused. Kristdel made me feel at ease from the get go & provided an unbelievable legal service, With amazing communication & care.
Adam R.

Christian and his team at The Family Lawyer have made our legal experience very easy. They are very understanding and patient team making what was a stressful experience a calm one as we progressed through it. If it wasn't for Christian and his knowledge we would have made some very costly mistakes, both financially and personally. I would recommend Christian and the team at The Family Lawyer to anyone seeking advice and looking to settle affairs. Their pricing was fair and the value we received exceeded our expectations.
Camilo M.

Highly recommend and very professional. Christian was very responsive to my questions and is very knowledgeable in his field. I wouldn't hesitate to use their services again.
Amruth R.

Friendly, professional and understanding staff. I was given great advice on what would be best to do in my situation and they handled it quickly, considered my wants/needs and made sure they were met and the whole process was stress-free. Couldn't be more thankful for the great service.
Jacqui D.

Highly recommended. I spoke with Kehsee, who was friendly, highly knowledgeable and patiently answered all my questions. Thanks for the great service!
Evan B.

We’re here to help answer your questions. We take great pride in achieving the best outcomes for out clients and look forward to speaking with you.

During your Free Case Assessment we will:

We won’t share your information and we won’t add you to any mailing lists, your enquiry is completely confidential and your personal information will be used only to contact you in order to discuss your matter.

The Family Lawyer
5 Stars based on 74 reviews