What happens to your jewelry after separation?

About the Author: Kehsee Ng

Kehsee is a solicitor who loves practising in Family Law. She believes in approaching clients with a sense of compassion and pragmatism to help them through the most difficult time of their lives. When Kehsee is not working, she loves going on multi-day hikes. But Kehsee also dislikes walking and loves to just spend time with her Miniature Schnauzer “Pepper” in bed.
DATE

What to do with wedding ring and other jewelry after separation

You are looking to separate from your partner. What happens to your engagement ring? What happens to the gold jewelry that Aunt Carol gifted you as a wedding present? Will my jewelry be included in the asset pool for the property division? As couples are straying away from traditional relationship paths, this has become a controversial question with several different views. 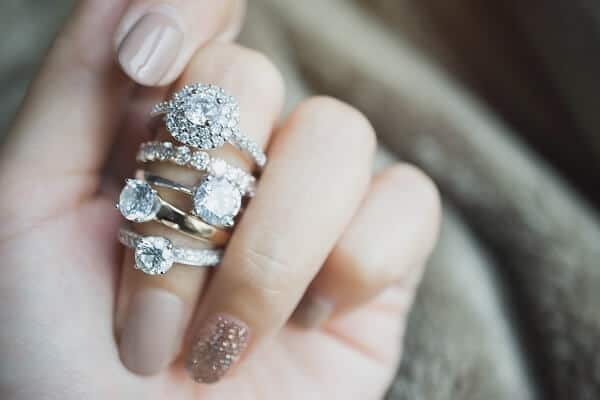 Historically, the Courts in Australia viewed engagement rings as gifts. If the ring was given in contemplation of marriage, but the marriage did not go ahead, the person who gave the ring is entitled to have the ring back because it would be unconscionable to retain the ring (Muchinski v Dodds (1985) 160 CLR 583). In Papathanasopoulos v Vacapoulos [2007] NSWC 502, the parties separated 10 days after engagement. It was decided that the ring was a “conditional gift” that would only become property if the parties proceeded with the marriage. As the marriage did not take place, Mrs. P had to return the ring.

How jewelry is treated during property settlement proceedings will vary depending on the facts of each case. There is no fixed position as to how jewelry should be treated.

Parties often choose to exclude jewelry from the property pool due to its sentimental value. This may be true in cultures where jewelry is commonly exchanged as gifts from family members for the married couple. In this instance, it may be important to consider who was the intended recipient of the gift. Was the gift meant to be for the equal benefit of both parties, or sole benefit of one party.

Jewellery is also often excluded due to its nominal value. The value of jewellery for the purposes of property settlement is not its initial purchase price, but its current second-hand value. If the value cannot be agreed upon, then a licensed jewellery valuer will need to be used.

The shorter the relationship, it will be more likely that gifts received by either party will remain the property of the recipient of the gift. For longer relationships, it will be less relevant where the gift came from, as both parties will likely be equally entitled to the jewellery should they choose to include it as part of the asset pool.

In summary, there is no fixed position on how jewellery should be treated. It can be treated as a gift and it can be excluded due to its sentimental value. However, where parties have opted to include jewellery as part of the property pool, the Court has not objected.

If you need legal advice or support, our experienced and compassionate family lawyers can assist you, whatever stage you may be at. Talk to us today for a FREE 15-minute family law consultation by calling 1300 111 835 or via email at enquiries@thefamilylawyer.com.au we look forward to helping you achieve a better outcome.