The Family Law Act allows married and de facto couples to enter into private agreements known as Binding Financial Agreements (BFA’s) that do not need the review of the Court. BFA’s can deal with how couples intend to divide their property and superannuation in the event of separation or after separation has occurred.

There are different types of Binding Financial Agreements (BFA’s): –

If you are considering entering into a BFA before marriage, make sure you obtain legal advice well before your wedding. It is important to leave sufficient time between formalising your agreement and the date of the wedding. A recent High Court decision has highlighted the risks of a BFA being signed too close to the wedding date, as it leaves “ink on the wedding dress” – see Thorne v Kennedy [2017] HCA 49.

Requirements to be Binding

In order for your BFA to be enforceable, the following requirements must be met:

The Family Law Act 1975 (Cth) has a number of other requirements that must be met before BFA becomes binding, such as:

We are there to help

It is important to lean on those closest to you to help deal with your feelings about your separation. It is also important to seek professional assistance through this process. Some key services include:

At The Family Lawyer, we appreciate separation is a deeply difficult and confronting time. We take the time to listen and understand your circumstances, and provide you with advice regarding your family law issues.

When parents separate, issues regarding the ongoing care and welfare of the children will often arise and with the release of the new COVID-19 vaccines, the immunisation of children is slowly becoming a big ...

NOT SURE WHERE TO START? ASK OUR LAWYERS.

Can a Financial Agreement be set aside, terminated or cease to be binding?

Yes, however it is important to remember that once a BFA is entered into correctly, it will be considered binding and the setting aside of the BFA (without the other party’s consent) is a difficult and usually expensive process. The circumstances in which a BFA can be set aside include:

A BFA made between de facto partners will cease to be binding if, it is not made in contemplation of marriage and after entering the BFA the parties marry.

You should not enter into an Agreement hoping that later on you may be able to have it set aside or terminated. You should not rush into entering a Financial Agreement and you should carefully prepare your Agreement with your solicitor.

Deciding on the terms to be included in your BFA is largely up to you and the other party. Terms that need to be included to ensure the BFA is binding include a complete schedule of all the assets, liabilities and superannuation of the parties.

What are the advantages associated with entering a BFA?

A BFA offers certainty for the finalisation of property matters in the event of a relationship breakdown and will avoid the considerable time, costs and risk in litigating the matter in Court.

The Agreement will, as far as the law permits, protect you from future financial claims by your spouse against property that you will retain according to the terms of the Agreement, or other property which you will acquire in the future.

What are the disadvantages of entering into a BFA?

The BFA can only be set aside in very limited circumstances pursuant to the provisions of the Act. Therefore, you are contracting out of your right to have the Court determine your entitlement to property settlement.

There is no scrutiny of the Agreement by the Court (i.e. to ensure it is just and equitable).

There is no process for registering the BFA with the Court. If you need to enforce the BFA you must first apply to the Court for a declaration that the BFA is valid and enforceable.

What our clients say… 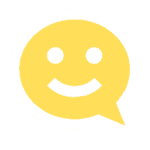 I had a really good experience the last few times I have visited their office. Great group of people to have on your side.

The team at the Family Lawyer were amazing. Kristdel was so calming and really helped me out during a hard and emotional time. She was upfront about how much everything was going to cost and kept things on track so it didn’t drag on. I don’t know where I would be without her. Thank you!

I highly recommend Kristdel for any family related matters. She is super responsive and helpful professional in all your family related requirements. I know her and the Family Lawyer firm for a long period now. And they are good partners to work with. Highly recommend.

Really happy with their service. Thank you.

Excellent service, they managed to show compassion for my stupidity, we laughed together

During this stressful time, I found Kristdel at The Family Lawyer to be particularly helpful. She demonstrated great empathy and responsiveness. She clearly outlined the options available to me, the pros and cons of each together with her final recommendation. As a result, I was confident that I was well informed and that she understood what was important to me. The issue was also resolved promptly and with a highly satisfactory outcome.

Extremely happy with the service I got, Christian was very professional and responsive he made sure everything was ready and nothing was left to chance. I got an outcome beyond what I expected!They were very accomodating with their fees.

Thank you Kristdel for doing both our Wills, very professional, helpful, friendly and efficient. Highly recommended.

Kristdel helped with some much needed clarity in regards to financial obligations of a separation. Highly recommended

Thank you so much Kristdel! I was stressing about my separation and what it would involve and Kristdel could see I was very anxious so she let her black lab come into our consultation! It was so calming, I can’t thank you enough for being so empathetic.

Friendly, professional and understanding staff. I was given great advice on what would be best to do in my situation and they handled it quickly, considered my wants/needs and made sure they were met and the whole process was stress-free. Couldn’t be more thankful for the great service.

Kristdel is an amazing lawyer. That’s the vibe I got, from the first initial call. Very happy with the service, very professional and prompt, no jargon, 100% committed to my needs. Quick to respond and very thoughtful.

Kristdel and the team have just helped me through a very difficult time. They were very professional, experienced and caring. I highly recommend The Family Lawyer.

We’re here to help answer your questions. We take great pride in using our expertise for you and look forward to speaking with you.

During your initial free consultation we will:

For a Free Case Assessment, with no strings attached.